If you have never hired a web designer before, you may not be aware of what can go wrong. It’s easy to get taken advantage of or end up with a subpar website if you’re not careful. It is not uncommon for people to end up with a website that is not what they wanted, or expected but still have to pay for it. And if you’re thinking about learning how to build a site yourself, beware – it’s not as easy as it looks!

There are lots of website tools out there that make it easy to create a website without any coding knowledge. However, these tools have their limitations and if you want a truly custom website, you’re going to need to hire a professional web designer.

5 biggest red flags to watch out for when hiring a web designer:

When hiring a web designer, there are certain red flags you should be aware of. These red flags can indicate that the designer is not as qualified as they claim to be, or that they are not the right fit for your project.

1. They don’t have a solid portfolio

One of the first things you should do when considering hiring a web designer is to look at their portfolio. A strong portfolio will show you that the designer has a good understanding of design principles and can create a beautiful, functional website. It will also give you an idea of their design style and whether or not it aligns with your own.

When you reach out to a web designer, you should expect to hear back from them relatively quickly. If you don’t, that’s a red flag. A good designer will be responsive to your inquiries and will take the time to answer your questions.

If a designer is not responsive, it could be an indication that they’re not very organized or that they’re not interested in your project. In either case, you should move on to someone else.

3. They’re not transparent about their process

If a designer is not transparent about their process, it’s a red flag. It could mean that they’re not confident in their abilities or that they’re trying to hide something. In either case, you should move on to someone else.

4. They charge too little

It’s important to remember that you get what you pay for when it comes to web design. If a designer is charging significantly less than their competitors, it’s likely because they’re cutting corners somewhere. This could mean using lower-quality materials, or taking shortcuts in the design process.

In the end, you could end up with a website that looks cheap and amateurish, which is not what you want.

5. They’re not open to feedback

A good web designer will be open to feedback and will take the time to incorporate your input into the design of your website. They should also be willing to make changes if you’re not happy with the direction the project is going in.

If a designer is not open to feedback, it’s a red flag. It could mean that they’re not confident in their abilities or that they’re not interested in your input. In either case, you should move on to someone else.

By being aware of these red flags, you can save yourself from making a costly mistake and ending up with a website that doesn’t meet your expectations. Do your research and take the time to find a designer who is the right fit for your project, and you’ll be on your way to having a great website in no time.

Hiring me as your web designer is a decision you won’t regret. I have over 25 years of experience in the design industry, and I’m confident in my ability to create a website that meets your needs and exceeds your expectations. My portfolio speaks for itself, and I’m always open to feedback so that I can make sure you’re happy with the end result. Contact me today to get started on your project. You won’t be disappointed!

The Only Tool You Need To Launch Your Online Business

Forget clunky online marketing tools that make you lose your hair trying to figure things out.

We’ve made it easy to grow your online business.

Manage every single aspect of your business with one powerful tool. 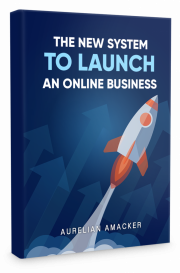 Most Businesses Don’t Understand the Value of a Website